I didn't take enough photographs of today's final episode of the steering gear installation. Trouble is when you're totally involved in solving the many problems, cameras are the last thing you think of.

Having reached the console with the cable I had the problem of feeding it through the bulkhead and then through 90 degrees to route it behind the control panel to were I was to fit the helm mechanism. The restriction on bends in the cable is they must not be tighter than an 8 inch radius.
This part of the operation worked out much easier than I had anticipated. With the minimum of fuss,  through it came. At this point the rubber tube protecting the actual cable was pulled off and discarded and the cable fed into the bottom of mechanism until it could move no further. 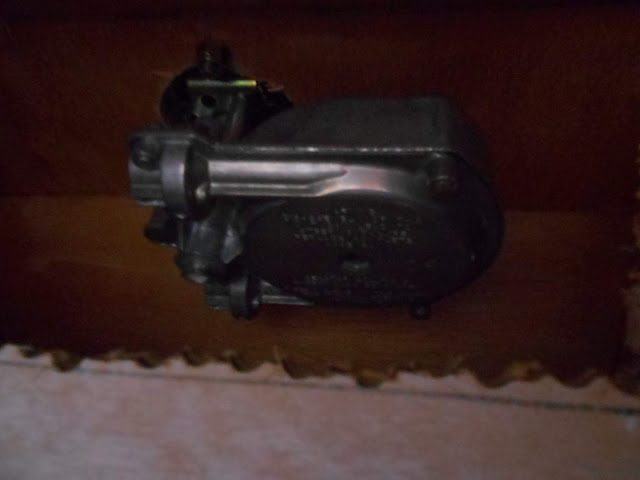 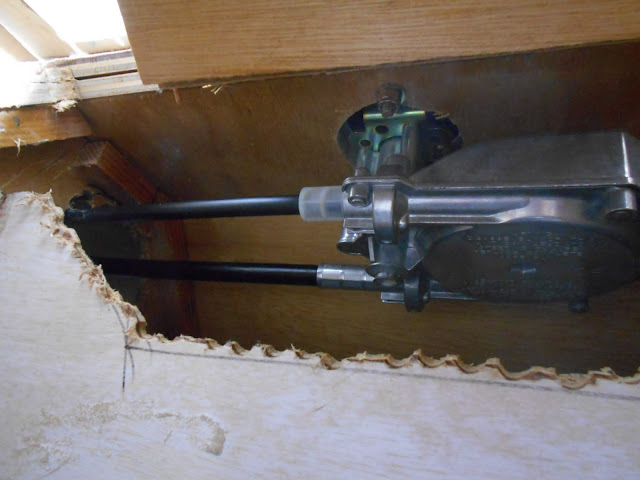 All that was left to do was insert the two security clips (and instruction label). 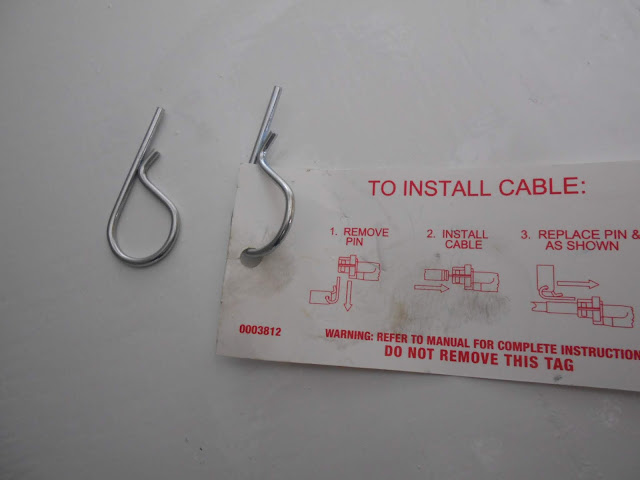 Trying to insert these two pins was turning into a nightmare: I was trying to fit them with my fingertips in a small area. I had to rely on feel as I couldn't see past my hands. I had a lunch break and remembered my wife had some tiny long nosed pliers in an earring-fixing kit. They did the trick in a couple of seconds. 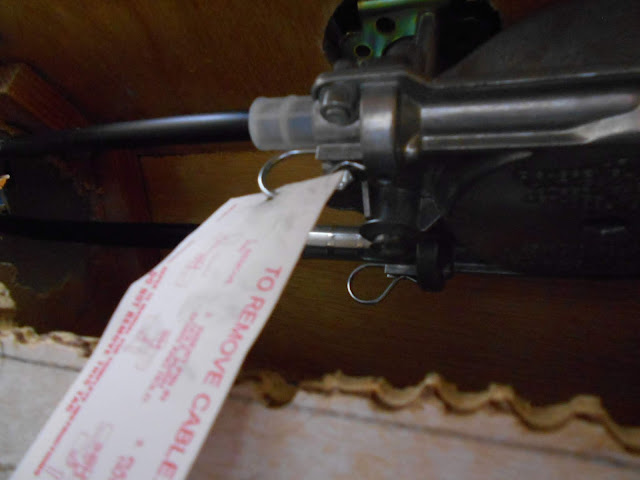 It now only remained to re-attach the door. 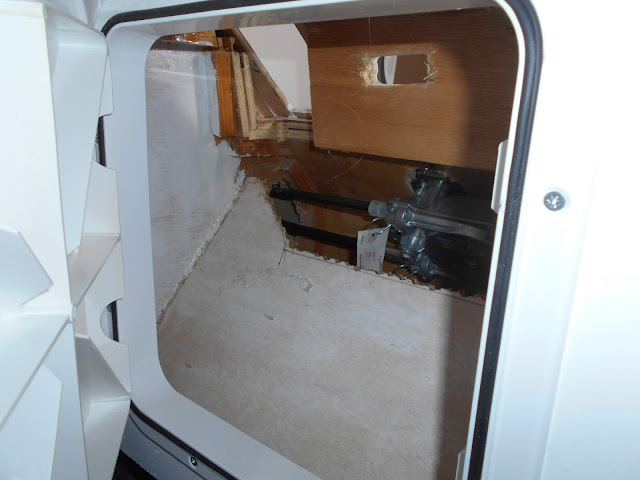 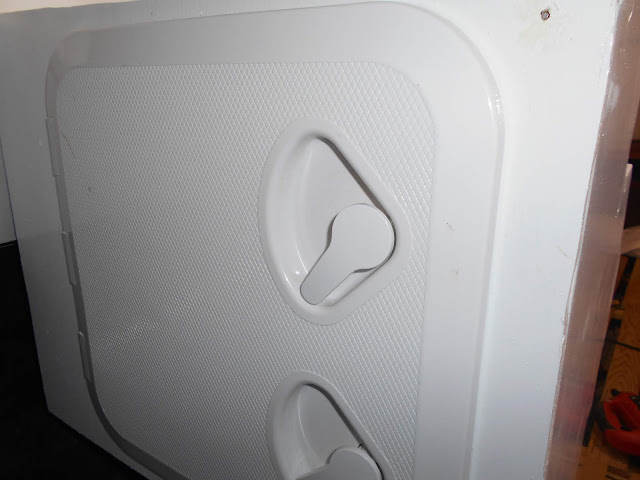 I just hope the cable is long enough, but I don't think it will be. 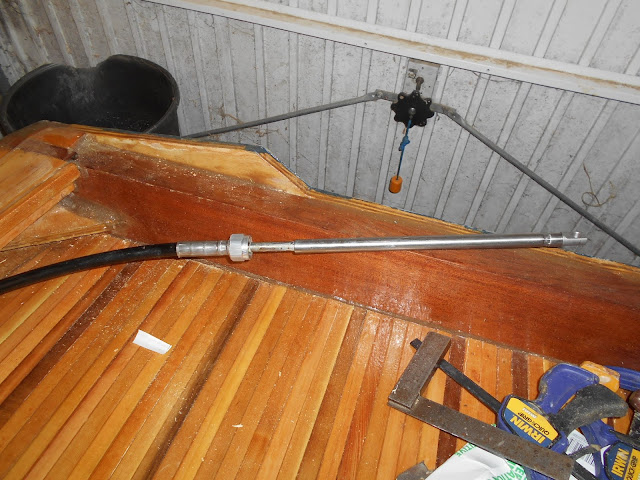 When the engine arrives we will be able to determine if I need a longer cable.
Posted by Gatepost productions at 08:03