I cut out three lengths of 12mm  dia (1/2") Manila rope: two @ 15 feet long and one at 8. The distance from the midships cleat to the transom was ideal for measuring these lengths. All ends were bound in duct tape to stop the rope unwinding. 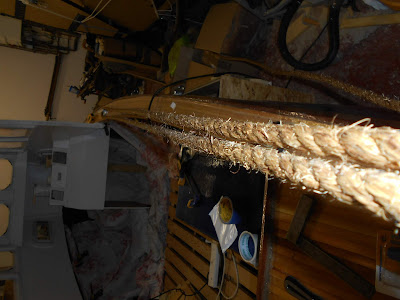 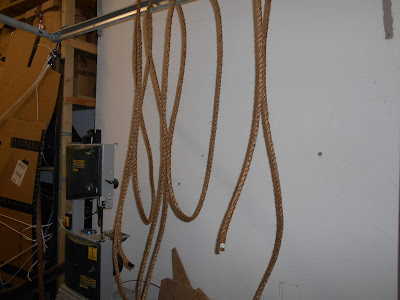 I began by looping a 15' rope onto the post of my jig at the rope's midpoint, and inserting the fid through both strands. 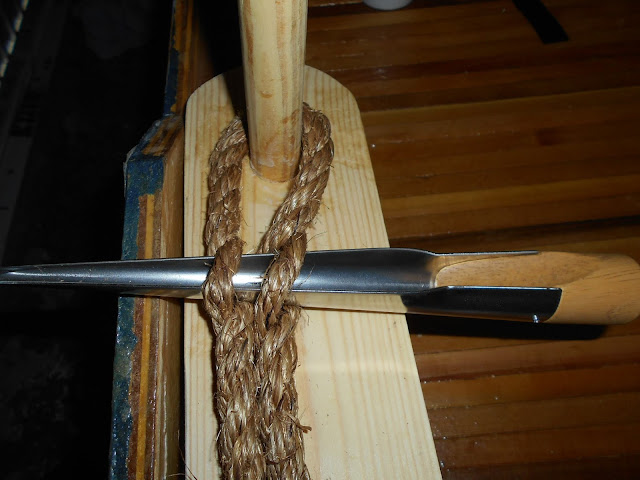 The second 15' rope was fed through the first rope with the aid of the fid and centring it. 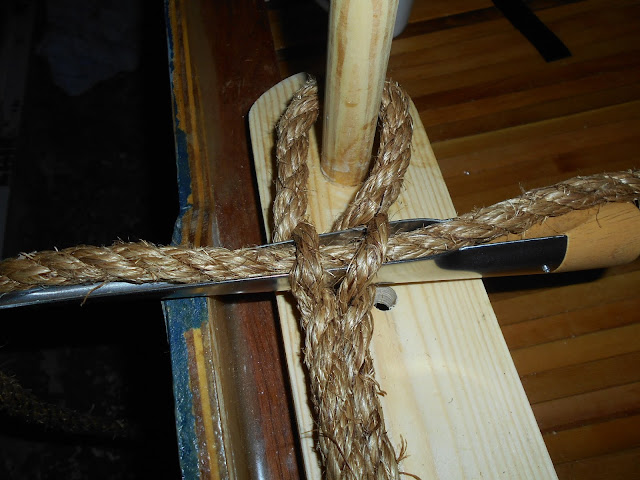 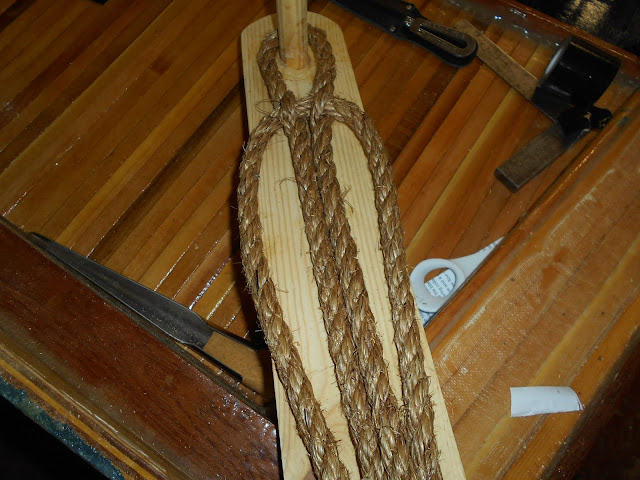 The shorter length was then incorporated between the other four strands. 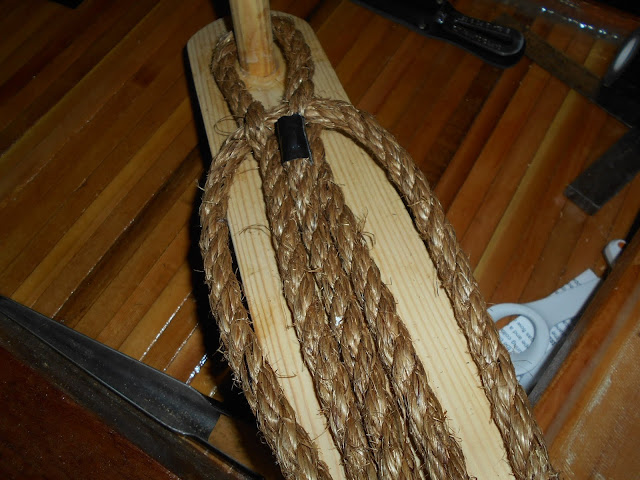 The ropes were taped together to stop them from moving around during the procedure that was to follow. 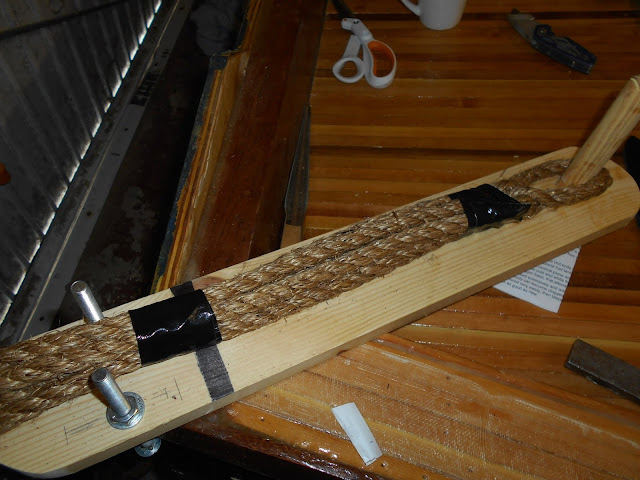 The ropes were suspended from a hook and chain in order to allow better access in the procedures. 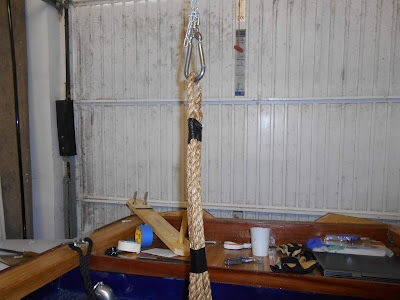 The crown knots at the base were tied tightly and tensioned equally . 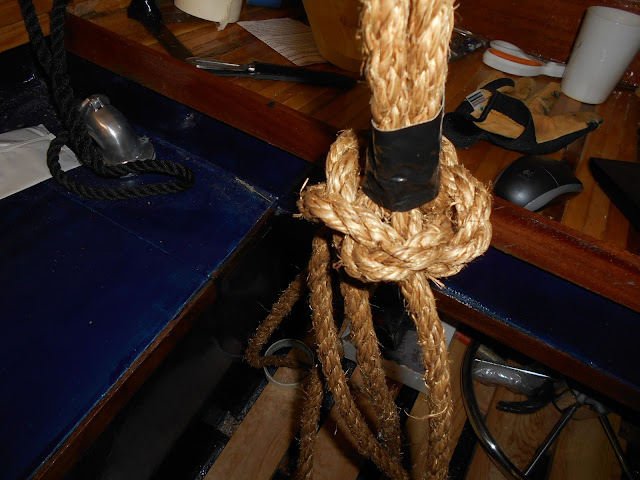 Rows of crowns were tied and tensioned evenly to form the wall of the fender. 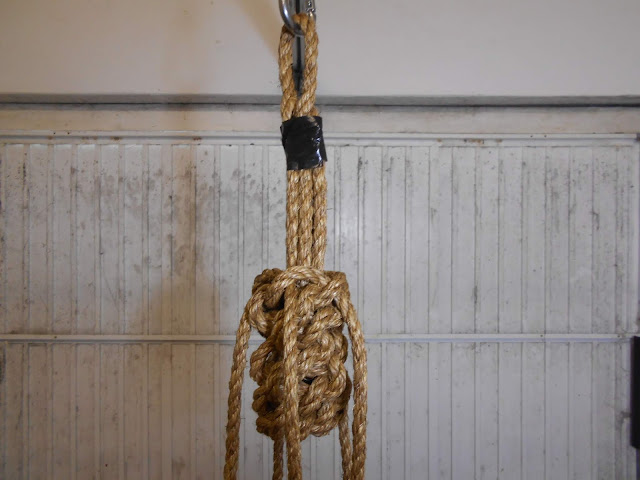 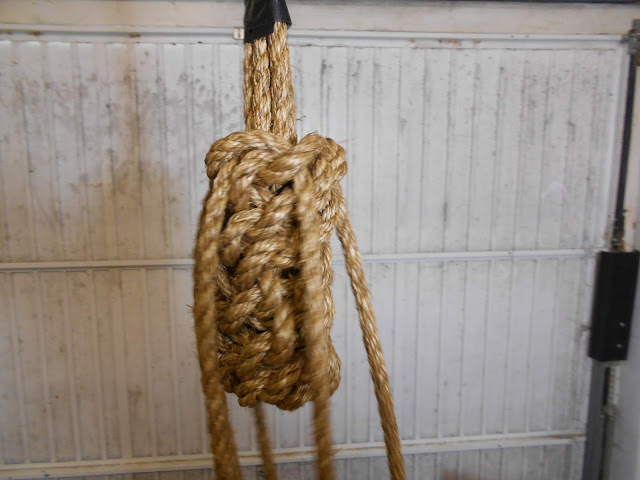 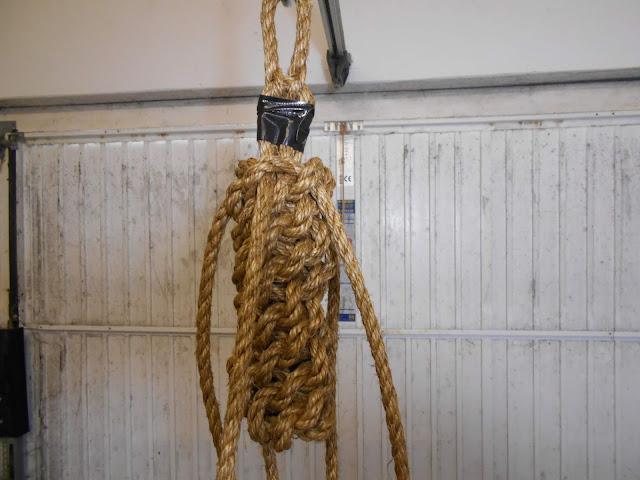 When the crowning reached the top, the loose ends were threaded back into the wall using the fid. 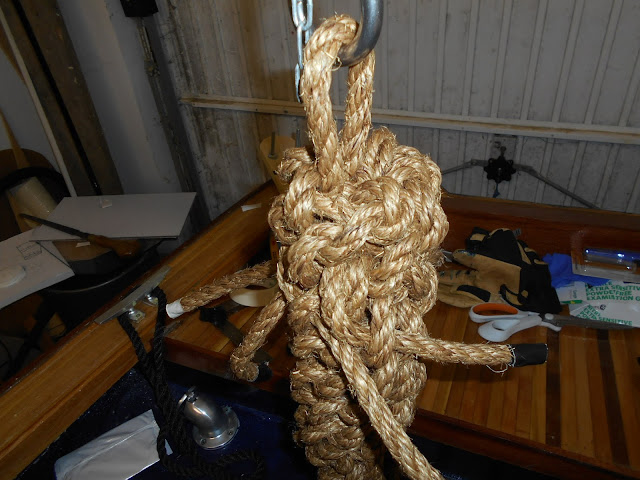 The final loose ends were removed with the new razor sharp scissors. 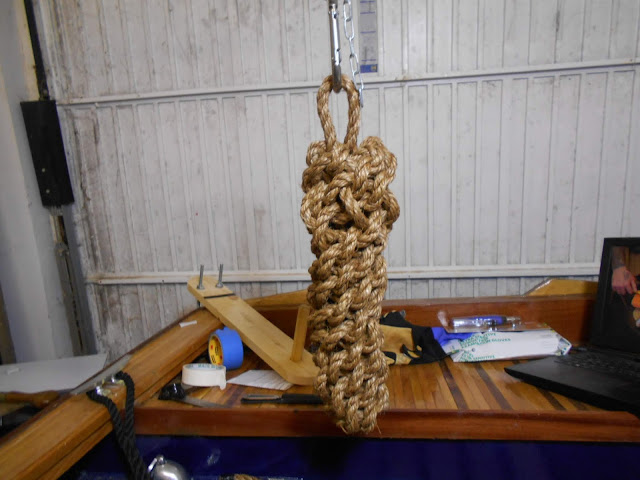 The finished fender was hung from the boat's port forward fender hook. Here there is a slight problem insofar as the rope is a little thick and prevents the retaining spring, on the hook, springing back to lock the fender in position. The solution I think is to use shackles to secure the fender to the hook. 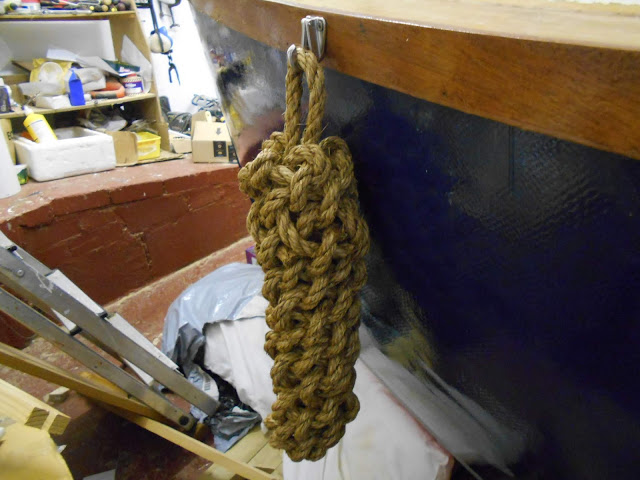 Overall it was an enjoyable learning experience apart from the cold draughts (drafts) from the North Wind straight off the ocean. I will try to make the next ones in my warm studio if I can get the chain and hook located securely.

I would score my fender 5/10: it's a little too loose and not fully symmetric; I think I pulled harder on some ropes than I did on others

Posted by Gatepost productions at 11:45