I remember the time - I was 16 - when I was a second year shipwright apprentice in the boathouse of Sheerness Dockyard (1955/6). 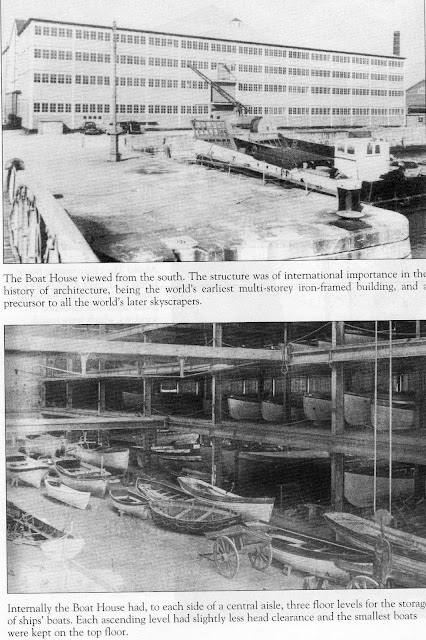 The time came to sandpaper the boats we had built. There were eight of us and we had split into two teams of four and each team built a boat.

We sandpapered by hand and it seemed to take for ever. There was no thought to masks or goggles, and we rapidly became covered in mahogany dust.

In my present reincarnation I can make sanding-dust at an alarmingly fast pace, but have bought a modern and highly effective respirator - I also wear proper clothing and head gear.

The sander has to fight its way through the hardened glue before I hit wood and the glue dust is particularly nasty stuff the inhale. Here's a close-up of the glue on the planks: 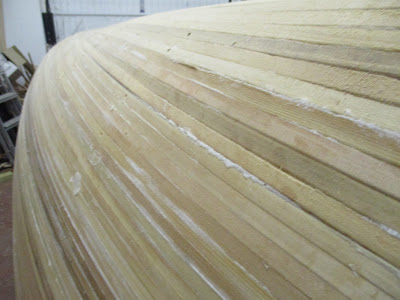 The lesson to learn is to get off as much glue as you can before it sets, as sanding the glue off is a long arduous task.

Here's a view of Work-in-Progress: 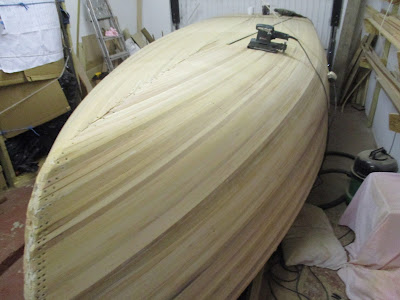 On this picture you can see the two rows of screws at the stem. Previously there was only one row of screws as I simply needed to hold the plank in place before the glue set/cured. Before sanding I removed the screws and properly countersunk the holes. Next I drilled and countersunk (countersank?) the second row and then screwed in the two rows of wood-screws.

Similarly, at the stern, I carried out an identical operation to give two rows of screws: 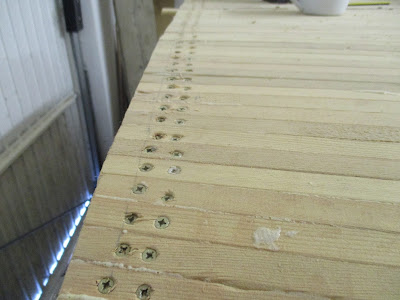 As there are 150 planks on Seagull, and each plank has 4 screws (2 forward and 2 aft) you can see that means drilling and countersinking 600 screw-holes and then screwing 600 screws into them. I shall then need to fill the screw holes with filler and sand them down to conceal the screws
Posted by Gatepost productions at 07:11 No comments:

Finally got the planking finished. 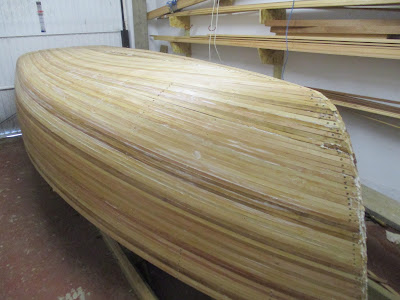 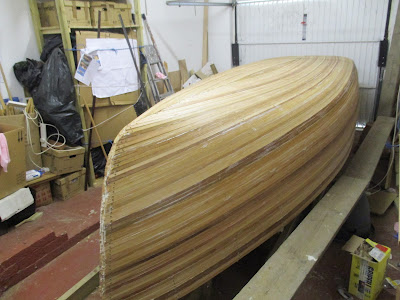 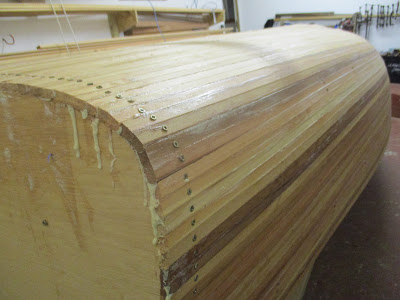 Next comes the external finishing - I've sent off to Robbins Timbers for a quote. Here's my list  of finishing requirements:

Posted by Gatepost productions at 13:49 No comments:

110 planks in and still going! 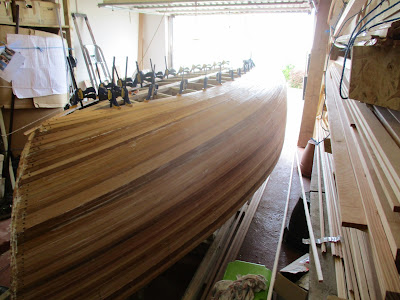 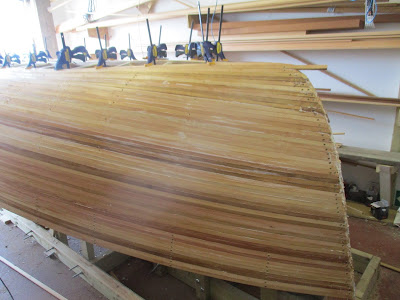 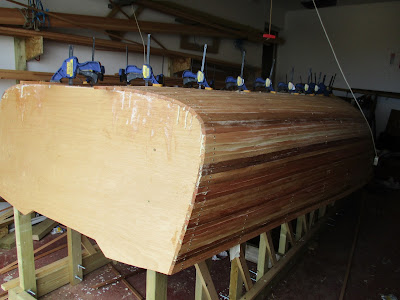 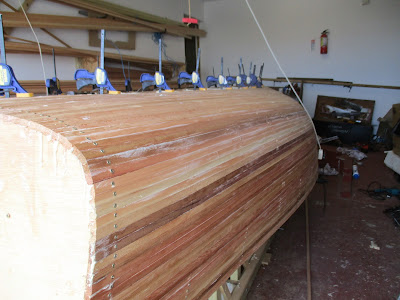 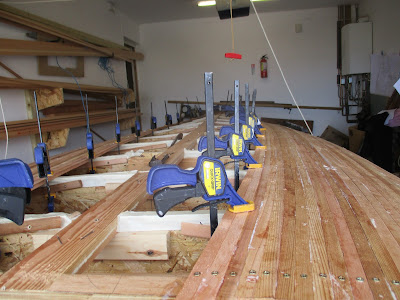 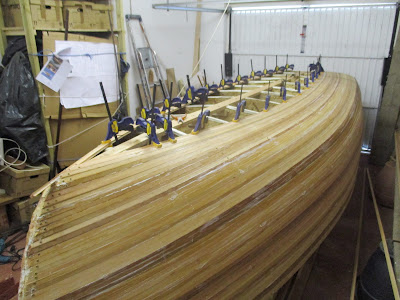 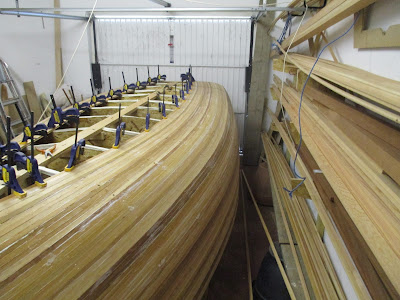 Posted by Gatepost productions at 07:44 No comments:

Day in the Life of a Plank!

Thought I would record how I have worked out the way of planking that is best suited to me.

First, I offer up the plank: 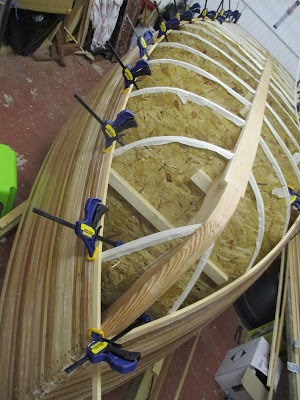 If there are no problems I remove the plank and run glue down of the grove in the lower plank: 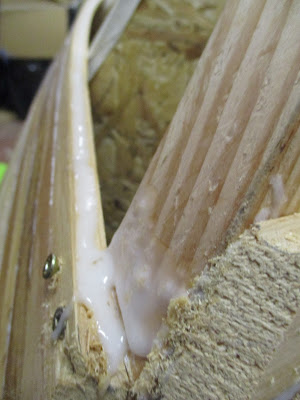 I re-position the plank to be fitted. 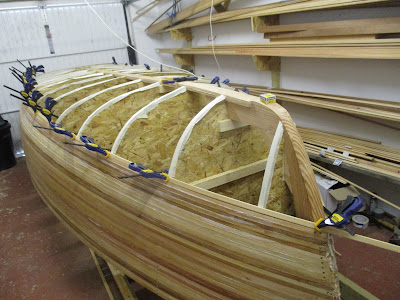 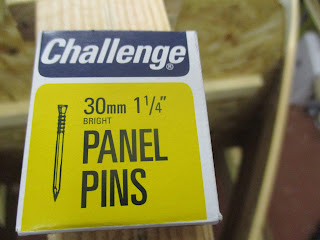 I nail down through the plank at 6 inch intervals throughout the length of the plank. 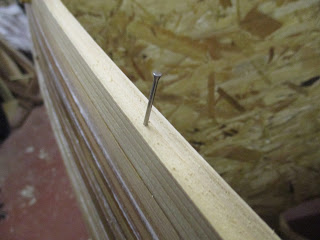 This offers little meaningful strength but it forces the planks together allowing the glue to bond under pressure. 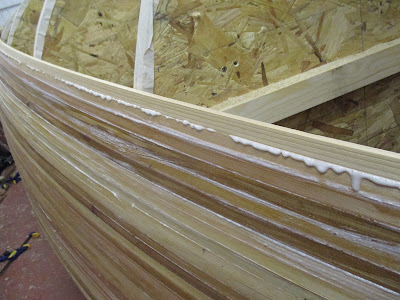 The surplus, squeezed out, glue is wiped off from both outside and in.

Next screws are inserted into the stem (front), 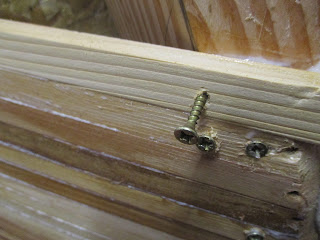 and into the transom (back). 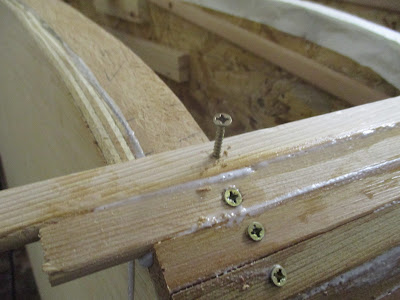 I then saw off the odd bits at the front 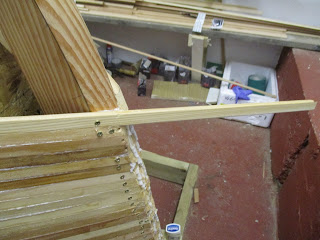 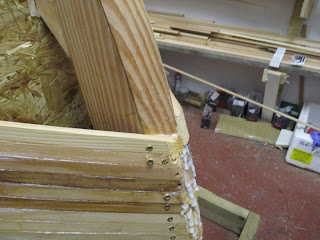 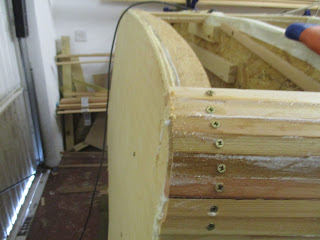 These photos are a little out of date as I have now got 100 planks in place, which I will show in next post.

Posted by Gatepost productions at 13:20 No comments: