In fact there are no major electrical installations in Part 3, just the preparation for them.
To start with I'm going to put slats in the bottom of both aft lockers in order that the batteries can stand level and I have something to screw the battery retaining straps to. 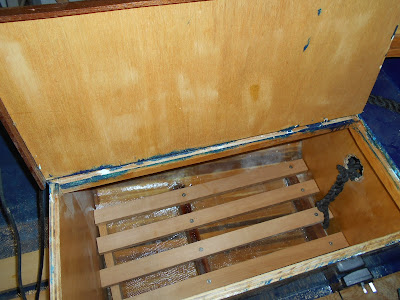 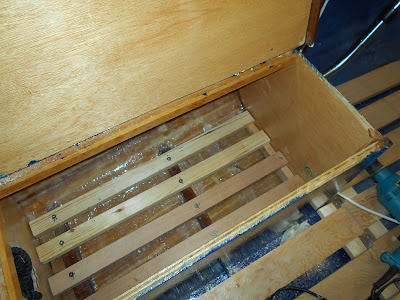 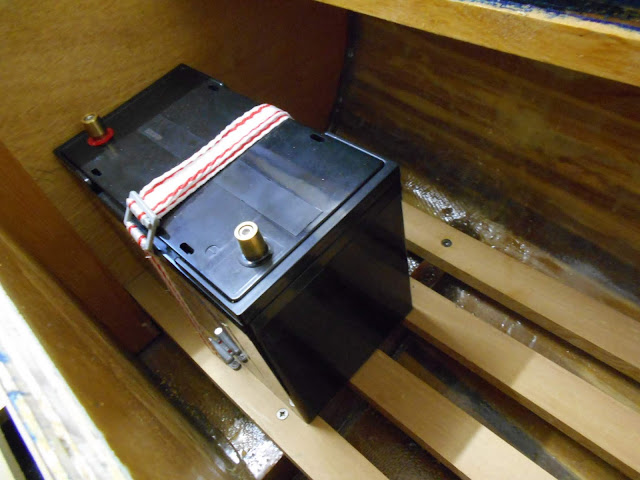 I could not believe how heavy the battery was. I've lifted car batteries in the past, but nothing as heavy as this: I could only slide it two or three paces at a time. So how did I manage to get it all the way to the boat and get it into the locker, single handed? I'm a shipwright!

The next task was to destroy the console: 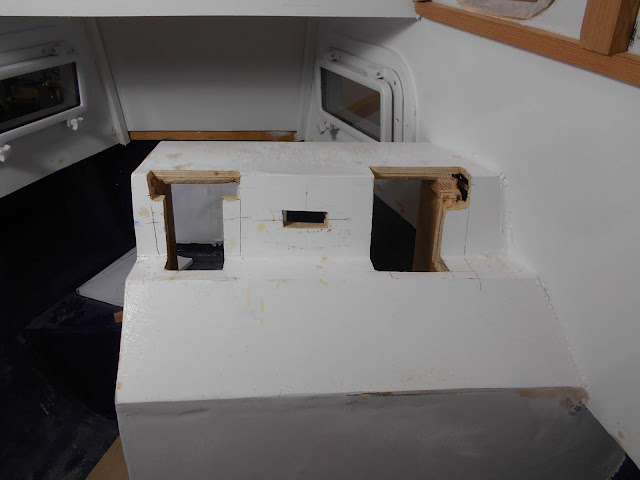 I had to cut holes in the console to accommodate the instrumentation; then streamline the large two holes with plywood mountings I made: 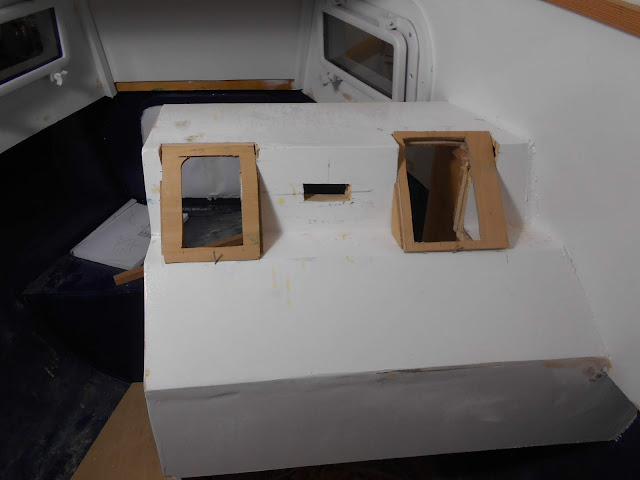 The plywood mountings were then glued in place with epoxy resin 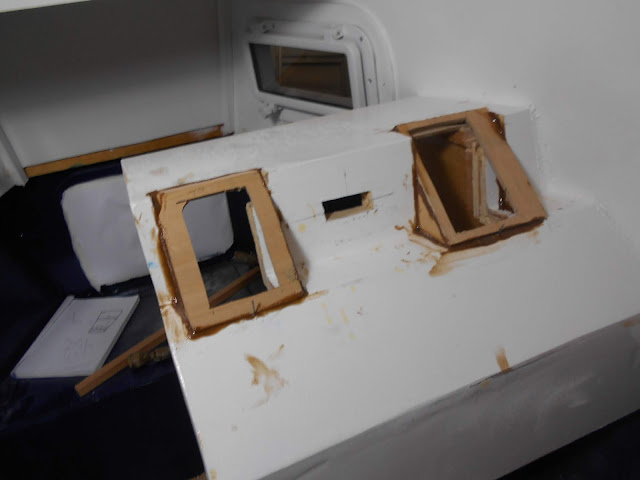 I'll sand all this down and repaint when the glue is dry.
Posted by Gatepost productions at 12:59