I wasn't at all sure how I was supposed to start the engine from the control console. I guessed I needed to buy an electrical ignition device, as nothing had arrived with the motor. However, I had ordered a throttle lever that 'fitted all Mercury outboards', and when it arrived I saw that it had an ignition key and electrical cables as part of the assembly.,

When I tried to work out how the electrical ignition cables fitted into the engine I was at a loss, and decided to call my outboard supplier. The conversation went something like this:

"That remote control I bought from you won't fit."

"Because it said it fits all Mercury-"

"No, why did you buy it and not use the one that came with the motor?"

"There wasn't one with the motor!"

"Well I wouldn't have bought another ..."

"True, you'll get it tomorrow." 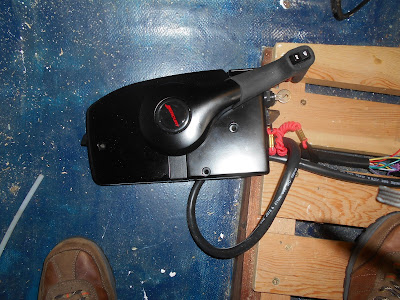 The large cable running from the right in the picture, was run under the starboard gunwale and the 14 pin harness at its end, emerged through the hole in the aft deck. 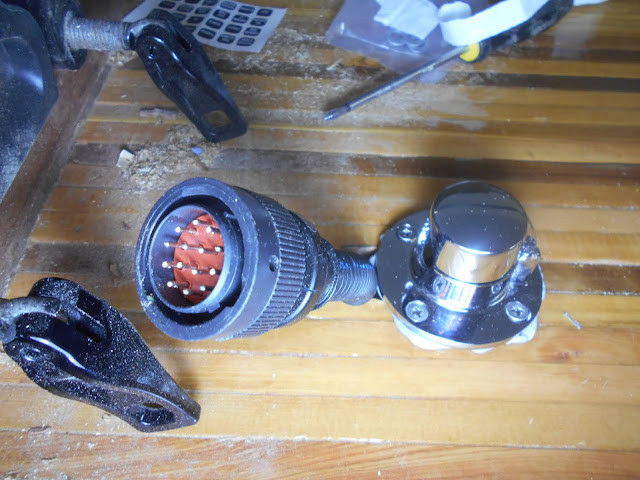 I then removed the top and starboard cowl from the motor to give me access to the engine itself. I pulled  the cable up through the hole in the deck and after a struggle, turned it through ninety degrees and attached it to the turquoise 'female' harness 14 point 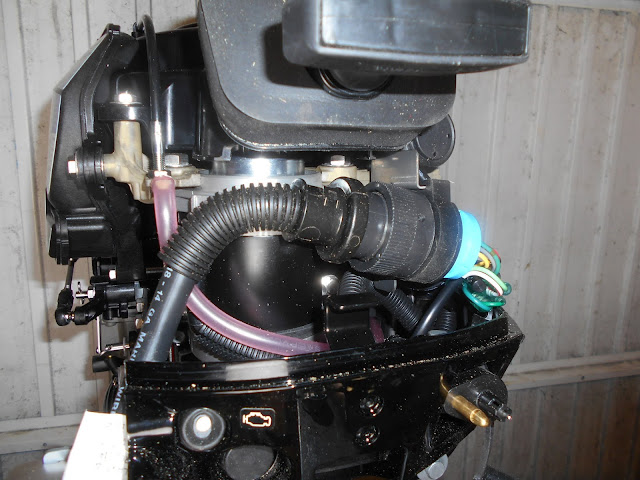 The front control console ignition was now connected to the engine. In theory the engine fires when I turn the ignition key - using electricity from the new starter battery. 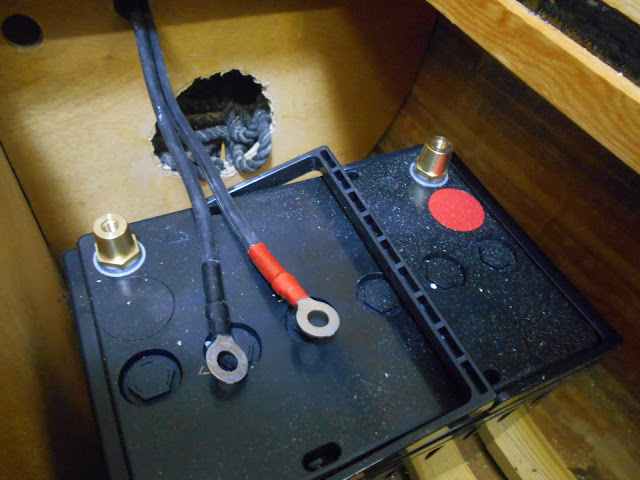 Posted by Gatepost productions at 13:00